Hubli, usually referred to as Hubballi (meaning flowering creeper) by the natives, is an agglomerating city in Karnataka, India. It is the capital of North Karnataka. One of the main cities in the state, Hubli is also the fastest growing city here, next only to Bangalore. The city is commercially strong and has thus been given the name, Chhota Mumbai.

Though Hubli is a big city in itself, its name is often associated with Dharwad, which is located at a distance of 20 km from the place. Together the two are called Hubli-Dharwad and are known to be the second-largest conurbation in Karnataka in terms of area as well as population. 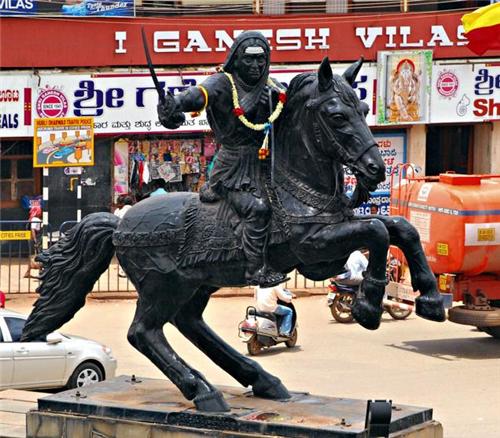 The history of this city goes back a couple of centuries when it was called Rayara Hubli. The cultivation of cottage and trade of iron and saltpeter contributed to its growth and established it as a commercial center. Rayara Hubli was conquered by the Mughals in the 17th century and then governed by the Nawab of Savanur, who constructed a new extension known as Majidpura. Trader Basappa Shettar later constructed New Hubli. The city was taken over by the Marathas in 1755 and then by Hyder Ali only to be re-conquered by Marathas in the year 1790. The British subsequently took over the Old Hubli in 1817 from the Peshwas and the new town from the Sangli Patwardhan in the year 1820. The British developed the city to a great extent. The railway workshop was started in Hubli in the year 1880 and Hubli soon came to be known as an industrial centre.

Over the years, Hubli has prospered economically. Cotton and peanuts are grown here in abundance. These are traded to various parts of the country and contribute a great deal towards its economy. The city also encompasses various big, medium and small industries and has emerged as the commercial hub of Karnataka. In order to promote the growth of various business houses and industries based in the city, Karnataka Chamber of Commerce & Industry has been set up here. The Agricultural Produce Market Committee established in Hubli has also helped in increasing its economy. Many big companies have been set up here that not only add to the city’s economy but also provide employment to a large number of inhabitants.

Hubli’s climate is wet and dry. The summer season here lasts from February end to the beginning of June and remains hot and dry for most part. Then comes the monsoon season that offers some respite however the heavy rainfall here can disrupt work during this time. Hubli sees an average rainfall of 838 mm each year. It has a relatively pleasant whether from October to February which is also considered to be a good time to visit Hubli.

As per the census taken in the year 2011, the population of Hubli-Dharwad is 1,349,563. It rose by 21.2% between 1991 and 2001. Majority of the population here speaks Kannada however it also has a good number of Hindi and English speaking population.

The transport system of Hubli is well intact. The Hubli Airport is connected with all the major cities in India including Delhi, Mumbai, Banglore and Chennai. The airport is equipped with the required air navigation, landing aids and night landing facilities.  The building can easily accommodate as many as 150 passengers at a time. 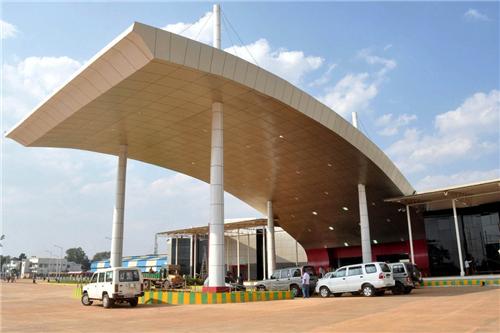 Hubli is connected to a number of cities such as Bangalore, Mysore, Mangalore, Chennai, Hyderabad, Ahmedabad, Mumbai, Pune, Shirdi, Tirupati, Jodhpur and Panaji among other via National Highway 4, National Highway 63 and National Highway 218. There are several inter-city buses that can take you to different parts of the country. The ones run by North West Karnataka Road Transport Corporation have a good service. There is a good transportation system within the city as well.

Just like various other parts of India, Hubli is also a multicultural land. People of different religions live in harmony in this city. Hubli witnesses Hindus, Christians, Sikhs, Jains and Muslims celebrating their festivals with enthusiasm and excitement and making the city culturally rich.

Though almost all the Indian festivals including Diwali, Holi, Navratri, Id, Christmas and New Year are celebrated in Hubli, the inhabitants of this city especially await the auspicious Ganesh festival which is celebrated with great pomp and show here.

Though Hubli is not a very popular tourist spot but it does attract a fair number of people each year because of the few tourist attractions it encompasses. Here is a look at the famous places located in Hubli.

Unkal Lake
This is a beautiful water spot in Hubli that offers various recreational facilities such as boating, bird watching, etc.

Chandramouleshwara Temple
This is a famous temple dedicated to Lord Shiva and is visited by thousands of his devotees. The temple especially sees a huge crowd on Monday mornings. It boosts of beautiful architecture and peaceful ambience.

Nrupatunga Hill
This is a beautiful picnic spot in Hubli. Residents of Hubli are seen flocking around at the hillock on the weekends, especially during the winter afternoons.

Indira Gandhi Glass House Garden
This is a public garden that includes a huge glass building. It has a number of recreational amenities and is being maintained properly by the city municipality. 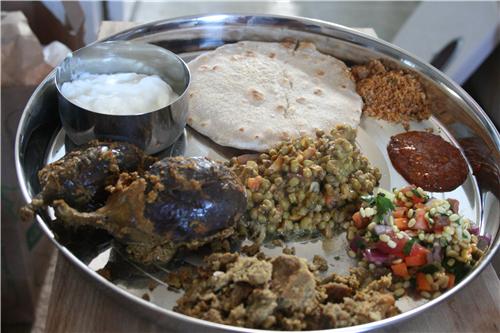 Jolada Rotti Oota prepared here is simply delicious. It does not only taste good but also makes you feel satiated. Girmit is also a popular snack item available here.