Just like any other city or state in India, Hubli’s population also comprises of people from different origins. You will find Hindus, Muslims, Sikhs, Christians as well as people following Jainism and Buddhism in this city. However, the density of Hindus is greater here. Most of the Hindus living here belong to the Pategars, SAVJI or SSK community which is the short for Somavanshiya Sahasrarjun Kshatriya. People from all the religions live in harmony in Hubli and celebrate various festivals including Diwali, Id, Gurupurab, Ganesh Chaturthi, Navratri, Christmas and New Year. 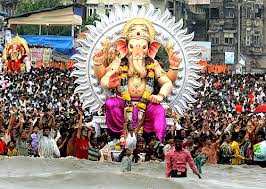 Hubli is known as the commercial hub of Karnataka; it offers several business and job opportunities owing to which a large number of people have relocated and settled here over the years. These people have also brought along their ethnicity and culture thereby adding more color to this multi-cultural land.

As per the 2011 census, the total population of Hubli-Dharwad was 1,349,563. Majority of the people residing here speak Kannada. However, the Hindi and English speaking population is also increasing gradually in the city. The people of Hubli, in general, are warm, welcoming and very polite, no matter whichever language they speak.

People in this part of the country mostly dress up just like the typical South Indians. Men are usually seen wearing a lungi which they find extremely comfortable while trousers and shirts are considered to be a part of the formal dress code for them. Women, on the other hand, are seen wearing saris or salwar kameez. During formal occasions women are usually decked up in a silk sari and heavy gold jewelry with flowers forming a part of their hair do. However, the younger generation is gradually turning towards the western wear. You may spot young girls and boys dressed in jeans, T-shirts or shorts. Girls may even be seen wearing short or long skirts, kurtis and other trendy clothes. 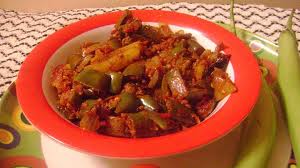 Jolada Rotti and Sorghum are known to be the staple food of Hubli, in fact that of the entire North Karnataka. Jolada Rotti that forms a part of the daily diet of the inhabitants of Hubli is quite nutritious. It is especially loved with Badanikai Palya and is also had with various other vegetables and pulses. Besides, snacks such as Girmit and Medu Vada are also quite popular here. They are especially loved with a cup of tea.

Carnatic music and dance forms are famous worldwide. People of Hubli have keen interest in these forms of arts. The city houses some renowned music and dance institutes that train several people in this field.

Notable Indian singer belonging to the Hindustani classical music’s Khayal genre, Gangubai Hangal also belonged to Hubli. Hangal, who belonged to the Kirana gharana, was known for her melodious and powerful voice that made a mark on several Indians. She was awarded with the prestigious Padma Vibhushan and Padma Bhushan award. The house in Hubli where she spent her childhood has been turned into a museum named Gangubai Hangal Memorial Musical Museum. It has emerged as one of the most famous tourists spots located in the city.

Some of the finest poets in the history of Indian literature have also been born and trained here; Patil Puttappa and Dara Bendre are a few among them. The place has also given birth to some eminent Indian classical dancers.