Hubli is basically an agglomerating city, meaning an extended city, in North Karnataka. It is spread across an area of 200.23 sq kilometer and is situated at an elevation of 670.75 meters. The city falls under the IST (UTC+05:30) time zone.

Hubli’s name is often taken in connection with the Dharwad district. The twin city, popularly called Hubli-Dharwad, is the second biggest conurbation in the state of Karnataka. Hubli, which is located at a distance of around 20 km from Dharwad towards the south east direction, has gradually evolved as a strong commercial and business hub in North Karnataka while the later has been turned into the administrative headquater.

Hubli is situated at a distance of 425 km from Bangalore in the northwest direction. It lies on the Golden Quadrilateral Super highway that falls amid Bangalore and Pune, Maharashtra. The city is well connected with various parts of Karnataka as well as other parts of the country via road, railway and by air.

Rivers and Mountains in Hubli

River Gangavalli, also known by the name Bedthi River, flows close by and so does the mysterious Kali River. These rivers serve as a source of water for Hubli and also give a chance to its inhabitants to enjoy different water sports. Hubli also encompasses the famous Unkal Lake which is the main source of water in the city. Though located on plains, there is a range of hills and mountains located near Hubli. However, these are not situated very close by.

Hubli remains wet and dry for most part. It has a tropical dry and wet climate. However, the climate varies depending upon the different seasons. The climate in this part of the country is favorable for planting cotton and peanuts and thus both these crops are grown in abundance in the nearby rural areas. 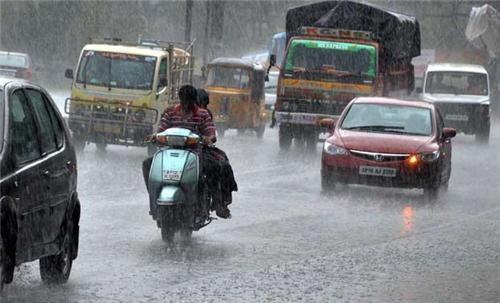 The summer season in Hubli lasts from late February to early June. During summers Hubli usually remains very hot and dry. Light colored cotton clothes are preferred during this season to beat the heat. Pack your stuff accordingly if you are planning to visit the city during this period.

Monsoon season in Hubli lasts from mid June to the mid of October. The temperature in Hubli remains moderate during this time and it witnesses huge rainfall. The average annual rainfall here is about 838 mm. The rain may come unexpectedly anytime during this season thus its inhabitants are mostly seen carrying their umbrellas along around this time.

The winter season lasts from late October to early February. The temperature here remains fairly moderate however it often experiences severe cold between December end and mid January. There is practically no rainfall during this season. Winters are considered to be the best time to visit Hubli.