Hubli City In One Day

Hubli, situated 420 km. North of Bangalore is a district town with a rich history. This town grew to become an important trade capital in Karnataka during the reign of Vijayanagara. Later on, with the progress of time, the city was dubbed as ‘Chhota Mumbai’ or the commercial capital of Northern Karnataka. There are many cotton ginning mills making Hubli famous for the handloom textile. There are many museums, ancient temples, monasteries and other monuments of historical importance in Hubli. Since early 2000’s, Hubli is a developing into a tier-II city with many IT parks coming up. Here is a brief itinerary with all the must-visit places of Hubli in one day.

7:30- 8:15 AM: Breakfast Time
A traditional kannadiga breakfast consist of South Indian dish like idli (fermented, steamed rice batter), dosa (rice pancakes), upma (a preparation from semolina) and Maharashtrian preparations like poha ( a beaten rice preparation) and missal (a healthy preparation of sprouted lentils and cereals). Being on the Karnataka- Maharashtra border, the delicacies are a beautiful fusion of Maharastrian- Kannadiga traditions. Unlike Maharashtra, the food is cooked in coconut oil. A steaming cup of filter coffee following the breakfast pumps you up for the exciting day ahead. 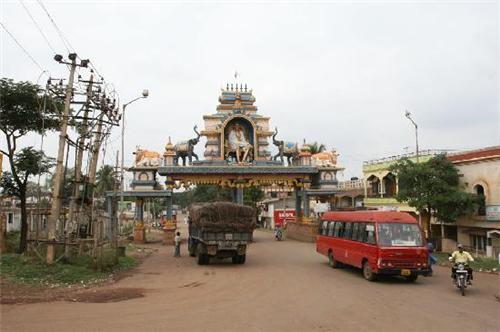 Swamy Siddharoodha was a famous spiritual leader during the times of Indian Independence struggle. He visited the ‘Samadhi Mandir’ of Shri Chidgananda Swamy and continued to stay until his Samadhi in 1929. During the freedom movement, many freedom fighters including Mahatma Gandhi and Lokmanya Tilak visited him. Samiji founded a religious institution that preaches ‘Advaita’ philosophy. The Math is a major tourist attraction especially for the religious crowd from Maharashtra and Goa states.

9:45- 10:30 AM: Indira Glass House
Adjacent to Siddharodha Math is situated the Indira Glass House which is built along the lines of Lalbagh Garden of Bangalore. The glass house has a number of flowers, shrubs and plants of medicinal importance. In addition, it also has a lush green lawn wherein tourists relax for a while before the sun gets too hot. The lawn often serves as  avenue for botanical exhibitions, cultural programmes, flower shows, dignitary functions, etc. The major tourist attraction in the garden is the rare and unique flower held in the Glass House. The freshness surrounding the garden is a stark contrast to the hustle and bustle of the city outside.

10:45 AM- 12:00 PM: Gangubai Hangal Memorial Museum
Ganagubai Hangal is a legendary classical singer who was born here and the museum dedicated to her 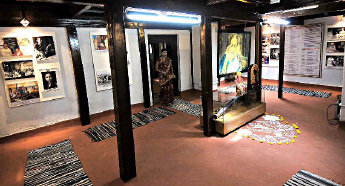 memory is the house in which she was born and brought up. Her humble initiation into the world of classical music was made in this very house which is now named ‘Gangotri’ in her memory. The house is a traditional architecture with mud walls and timber framework. The roofing is made of bamboo reeds. There is a tulsi plant at the entrance verandah- just like how Gangubai liked.  The passages are narrow and have rooms on both the sides, leading to a large central hall. The museum is full of photographs of performances, awards right from her early days until the most recent ones. Soothing notes of Indian classical music fill the whole house as one enters the place. This place is a must-see for any aspiring artiste or art enthusiast.

12:15- 1:00 PM: Gayatri Tapovan
Formerly called as ‘Navakalyana’, this ‘math’ was established by Sri Kumar Swamiji who is also known as ‘mahatapasvi’. It was established in 1965. Swamiji was well-known for his lectures and spiritual discourses all over the country. Since his death, his followers have been maintaining the place. They conduct regular discourses on various subjects. This is a perfect place for some peace and tranquility.

1:00- 3:00 PM: Lunch
All this roaming and sightseeing is bound to leave any tourist hungry and weary. Hop into a traditional hotel in Hubli also called as Khanvalli and have a traditional Hubli lunch. A traditional fare is called Jolada Roti Ootta. Jolada is nothing but Jowar or corn flour. In other words, their roti (Indian Bread) is made of Jowar. The menu includes roti, papad, pickled fenugreek leaves, chutney, vegetable curry and raita. The most famous restaurant here for North Karnataka food is Kamat Yatri Nivas.

4:30- 5:00 PM: ISKCON Akshaya Patra
The world famous International Society for Krishna Consciousness (ISKCON) has built a Shri Krishna Balarama temple for the people of Hubli - Dharwad. Built on the lines of its Bangalore counterpart, this temple is one of the largest in the country and provides free mid-day meals to nearly two lakh children.

5:15- 6:00 PM: Nruptunga Betta
Nruptunga Betta is located on the Unakal hill gives a panoramic view of the entire city away from the city itself! This is a popular picnic spot for the people of Hubli. Near the hill is the famous Chandramouleshwara Temple which is dedicated to Lord Shiva. Chandramouleshwara is another name for Shiva. Built during the Chalukyan reign, this temple leaves one awe-struck with its imposing architecture.

6:00- 7:30 PM: Lake Unkal and Bund Garden
Lake Unakal is situated opposite to Chandramouleshwara Temple and it is more than a century old. The main attractions in this lake are the sunset point and the statue of Swami Vivekananda in the middle of the lake. The Hubli municipality has developed a garden around the lake with recreational facilities for children. There is also a special deck for viewing the sunset and sunrise. This area becomes a carnival in the evening- being crowded with visitors and hawkers. There is also a boat jetty from where tourists can go on a boat ride to the lake.

7:45- 8:30: Shopping
Can any tourist leave a place without any shopping for souvenirs? The MG Market or Boradway is a shopping hotspot for shopaholics. While you shop, do not forget to buy some Dharwad Pedas for your family back home. They are well-known for their purity and a must-have for everybody alike.
Finally with all the sightseeing and shopping done, get ready to bid this wonderful city a goodbye!