Hubli encompasses quite a few religious spots that are visited by thousands of devotees from various towns and cities in Karnataka as well as other parts of the country. Banashankari Temple, Chandramouleshwara Temple, Siddharoodha Math, Iskcon Temple, Maruthi Temple, Shri Shivanad Temple, Sri Laxmi Narayan Temple, Infant Jesus Church, Maier Memorial Church and St John Luthern Church are among the famous religious places located in and around Hubli. Read on to know more about these pious places. 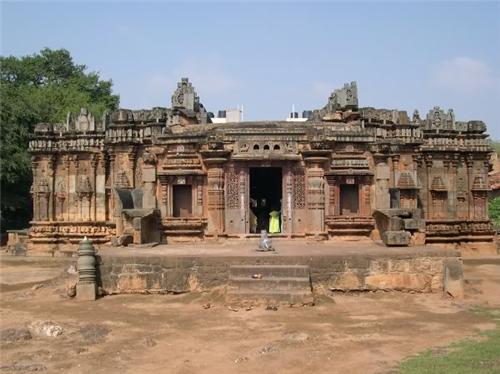 Chandramouleshwara temple was built in the Badami Chalukyan era and thus reflects the Chalukya architecture. The beautiful sculptures and carvings on the temple walls are a visual delight and one of the main reasons why several tourists are drawn to this place.

The temple built several centuries back has been dedicated to Lord Shiva. However, it is quite different from the other Shiva temples in North Karnataka. It encompasses two big Shivalings where the devotees flock around to offer their prayers. Milk, curd and various kinds of sweets are offered to these Shivalings and devotional songs are sung in Lord Shiva’s praise, especially on Monday mornings.

It is a Monument of National Importance. The Archeological Survey of India (ASI) has named it as a Protected Monument under the Ancient Monuments and Archeological Sites (Act 1958).

Banashankari Temple located in Amargol town near Hubli is one of the oldest and the most celebrated temples here. This magnificent temple dedicated to Goddess Banashankari sees thousands of devotees visiting to offer prayers each year. It is said that Banashankari Devi, also referred to as Shakambhari, Shiravanthi, Vanadurg and Sunkavva, is the sixth incarnation of Goddess Durga who is seen as a symbol of supremacy and power.

It was built in the 13th century and boosts of beautiful architecture. It is one of the finest examples of the Calukyan architecture. The temple includes a number of pillars with carvings of Lord Narasimha, Ganapati, Vishnu, Brahma, Shiva and Parvati among others.
It has been protected under the Ancient Monuments and Archaeological Sites and Remains Act, 1958.

Located on the outskirts of Hubli, Chandramouleshwara Temple is very close to the famous Unkal Lake and Nrupatunga Betta. This 900 years old temple is dedicated to Lord Shiva and sees several of his devotees gathering around to offer prayers. The locals are seen pouring in huge numbers especially on Monday mornings.

This is yet another temple constructed during the Calukyan period. A beautiful idol of Lord Narayana is placed facing East, a Linga facing North and an idol of Ganesha facing South is placed in this magnificent temple that sees several devotees visiting each year. The temple’s architecture is alluring. The beautiful carving, sculptures and the images of Adi Shakti add to its appeal.

Siddharoda Main Road in Old Hubli leads to this blissful temple. The administration has shown interest in restoring and conserving the temple however it is not a one time activity. The maintenance work must be done regularly.

It is a beautiful Radha Krishna Temple that boosts of marvelous exteriors and equally spectacular interiors. The whole environment here is peaceful and pious. Huge idols of Lord Krishna and Radha decked with beautiful clothes and jewelry have been placed in the temple.

It is one of the biggest Iskcon temples in the world and one of the largest and most beautiful temples in Hubli. It is also referred to as Sri Radha Krishnachandra Temple.

This is yet another Holy place located in Navagraha Teertha. It has a 61-foot monolithic idol of Shri 1008 Bhagavan Parshwanath which attracts a number of tourists. Statues of eight other Tirthankaras are also installed here. 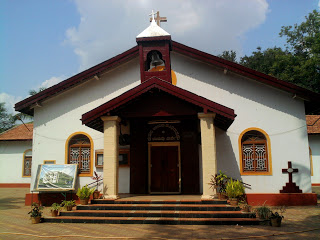 Located in Vikas Nagar, Hubli, Maier Memorial Church is one of the largest churches in north Karnataka. It sees a congregation of more than 6,000+ members.

The church sees a huge crowd on Sundays during the Mass as well as on Christmas and New Year. When illuminated with lights and candles, the beauty of this church augments manifolds.

Siddharoodha Math was built to honor Shri Sidharoodha Swamy who gave up all the worldly pleasures early in life and ultimately took samadhi in the year 1929. It has emerged as a significant religious institution that propagates Swami Siddharoodha’s “Advaita” philosophy. His devotees from various parts of the country visit the place to find peace and solace in his preaching.

An annual car festival is held at the Math on Maha Shivaratri each year and several of his devotees come together to celebrate this occasion.

This is a famous math in Hubli where the disciples of Sri Kumar Swamiji conduct spiritual and cultural activities. It was set up by Sri Kumar Swamiji, who was a well known visionary. Kumara Swami often conducted spiritual and philosophical lectures that pulled huge crowd.  The math was initially named Nayakalyana Math and later came to be known as Tapovan.

This place also holds religious significance, especially for the muslims residing in and around Hubli. People from the muslim community gather at the place regularly to conduct mass prayers that are an important part of celebrating their festivals. The Holy Idgah is constructed at a corner of the ground and is visited by several devotees to offer prayers.