Very few people are aware of the fact that Hubli is the largest city of Karnataka. It is developing at a fairly rapid pace and is second to only Bangalore considering the hoard of job opportunities it offers. Along with this a rarely known fact about the city of Hubli is that it has a twin of the name Dharwad.
It is difficult for tourists to figure out the difference between the twin cities, but for a local resident, the differences are crystal clear. For someone new, it is difficult to realize where the two cities merge together. Though these two cities have two separate railway stations which are about 20 kilometers away from one another, but they are quite different from each other.

In spite of being positioned so closely geographically, even the climate of the cities is quite different from one another as Dharwad is located at a slightly higher altitude from Hubli. The latter is more of a crowded city with a lot of hustle and bustle of a typical city while the former is a calm and quiet place. Hubli is a differentially hot and dry region and Dharwad is comparatively cooler and humid.

The cuisine is also different in both these cities of Northern Karnataka and so are the demographics. The only thing common between the twin cities are the people, their rustic nature, innocence and warmth exuded in their hospitality. The essence of the term ‘atithhi devo bhava’ meaning that a ‘Guest is equivalent to God’ is a widely believed, followed and revered in these 2 cities.

Hubli
The name Hubli is said to have been derived from the Kannada words ‘Hoova’ referring to ‘flower’ and ‘Bali’ meaning ‘creeper’. This is because the city is full of a special kind of a creeper that blooms with yellow flowers and for having the best weather for producing cotton, which is also one of the best trading items of the city. A very rarely known fact about the town of Hubli is that it is the railway headquarters of the state of Karnataka and not Bangalore. Certain major zones of the railway system in Karnataka, which include Mysore and Bangalore are managed from Hubli. It is home to one of the oldest railway stations of the country that was built in 1880 by the British.

Quite like the other metropolises of Indian such as Delhi, Kolkata and Hyderabad, even Hubli has two parts –the old and the new. While the old Hubli is predominantly populated by natives and traders belonging to a period prior to the British, the new section of the city is inhabited by IT professionals, government employees, students and businessmen.

Since it is quite closely located to the state of Maharashtra, the accent and dialect of the people here is affected by Marathi and even Urdu to some extent, even though the language spoken is Kannada. The people here believe that this city is built around a market rather than having markets located inside it. 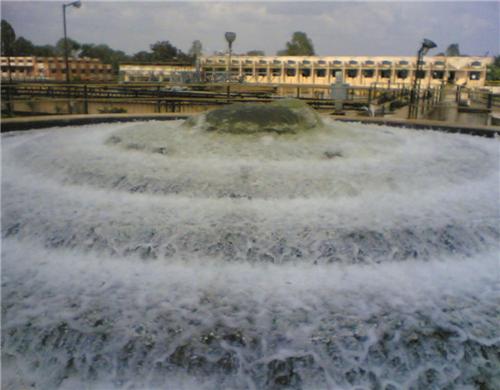 Dharwad, on the other hand, is a town away from the typical noise and rush of a proper city. It is home to some well rated academic institutes and is a calm and quiet area that is perfect for students. The town is always exuding the fragrance of flowers that blossom every day and are also supplied to the town of Hubli on a daily basis to be sold in the markets along with other flowers from Hubli itself.
Dharwad is the largest source of flower supply to even Bangalore and Mumbai. These flowers are picked, pruned, cleaned and packed daily in Dharwad to be sent away for sale in different parts of Karnataka as well as Maharashtra. The most interesting thing about the flower business is that they are all sold much before the sun rays light up the city, which is before dawn.

The flower marker and the food stalls provide a new dimension to the notions people have about these twin cities. The city is also referred to as the Mumbai as it never sleeps much like the Aamchi Mumbai, as the flower retailers are awake through the night preparing for the next morning. Along with that the food stalls dishing out different food specialties of the city open in the evening and run till the wee hours of night. These twin cities of northern Karnataka are an excellent tourist spot for those who love to experience and enjoy different cultures thriving in the heart of the culturally diverse and secular India


Explore more about About Hubli